Working through revisions and falling in love with this #WIP in a whole new way. https://t.co/lc7pcysm8W
View on Twitter 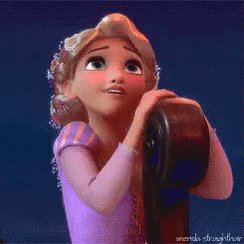 I've had a really good morning of ~news~ which has left me feeling so lucky for the amazing writer community I'm in. I'd love to pay it forward, so:
✨🖤QUERY/1ST PAGE CRITIQUE GIVEAWAY🖤✨
Add my book on GR ( https://t.co/PcOAs7f2Ik)
RT to enter 😘
I'll pick one winner June 2nd~
View on Twitter
25
0

If I could remind writers of one thing, it would be this: for the vast majority of us, our careers will be defined not by a single book, but by a body of work.
View on Twitter
347
0

Blurb:
Born to rule the city of Sorrena in her mother’s footsteps, Ilya Valerius spent her entire life preparing for that destiny—until Emperor Cassius Ryszard conquered her city. As a hostage under the watch of Captain Lucien, first in command of the emperor, she develops a gambit to free her people: seduce the captain, learn the empire’s secrets, take them all down from within.

A swordsman and powerful wielder of illusion magic, Lucien lives a life of organized discipline, following the tenants of Emperor Ryszard. He never questioned his role in the empire or the man who saved him from starvation as an orphan, until he met Ilya. She rouses his desire and distracts his thoughts more than he dares admit. When Ilya reveals that he may have been kidnapped by the emperor, not orphaned, he begins to question which side of the war he truly belongs on.

Ilya didn’t expect to lose her heart in her quest to free her people. Especially to one of the emperor’s magically gifted captains. Destroying the empire means betraying Lucien. For Lucien, loving and protecting Ilya is treason. Each will have to determine where their heart and loyalties lie to forge a future together—if the emperor doesn’t kill them first.