It’s week two of Writer In Motion! This week I worked on self-revision of my short story titled The Bone Garden. The goal was to take last week’s unedited first draft, in all its disastrous glory, and work on turning it into a more polished story. The meat of my story stayed the same, but some of the details and presentation have changed (in addition to cleaning up my messy grammar).

Here’s the process I went through this week:

Before making any changes, I always take time to read through the story. I waited a few days after finishing the draft to do this so that it wouldn’t be as fresh in my mind. Then I read straight through twice, letting my impressions and thoughts sink in. Immediately I knew I didn’t like the flow of the beginning. It just felt off and did not pull me in the way I’d hoped. Reading back through the story also reminded me of several things from last week’s debrief that I wanted to make sure I incorporated into my revisions

For longer works, I take the time to make a detailed revision plan. I’ll make notes scene by scene of what needs to change, what’s getting cut, things to add, etc. Given that this story is so short, I didn’t make a physical list, but I did have several things in my head that I knew I wanted to get done. With those goals in mind, I jumped into the changes.

Beginnings are hard. They are the part of my story (whether long or short) that gets revised the most often and the most heavily. I also wanted to work in the title of the piece, The Bone Garden, which is the setting in which the story takes place. I’d meant to write it into the first draft, but that didn’t happen. I decided to open with our main character walking into the ‘garden,’ the site of the summoning ritual that will change her life forever

She finally has a name! Elliana. I’ve had a sense that her name started with ‘e’ for a while, but I couldn’t quite pinpoint it. While reading through names this week, I came upon Elliana, and I just KNEW that was her name. Then I looked up its meaning: “God has answered me” or “The Lord has responded.” What could be more perfect for a woman who summons the gods? I also wove in a few more details on her backstory to help readers understand her drive and desire to become a summoner despite the risk of death if she fails.

Once I finished the content edits, I went back and looked at word choice and grammar issues. I’ve been using Grammarly lately, and it’s been a huge help in pointing out the errors that my brain struggles to see. Such as using titled instead of tilted, or steamed instead of streamed. Not to mention that I misspelled Dagohn’s name twice in the second half of the story. If you’re like me and struggle with proofreading your work, I suggest trying Grammarly. There’s even a free version.

What’s next for this story? It’s off to CPs! Maybe… I’ll be deep into Pitch Wars revisions on Ilya’s Gambit next week, so it may be a while before I get the chance to focus on this short story again. But we’ll see!

Now, without further ado, here’s my revised version of The Bone Garden:

The Bone Garden loomed ahead, more chilling than the frozen sea in winter. Dripping candles resting along the uneven ground cast jumping shadows around cavern walls lined with neat stacks of bones. Stalactites loomed above, giant stone teeth waiting to sink into her flesh.

Elliana hugged the black robes around her as she traced to the open ring at the center of the camber. Ancient runes were carved into the rock floor, marking the lair of a god. Here she could meet him. Here he would deem her worthy of his grace. If not, the garden would grow.

Her legs shook as she knelt upon the stone. Musty water dripped onto her cheek and soaked into her robes from the slick rock. The skulls of dead initiates stared inward from their perches atop the piles of bone, each eye socket as empty and black as the tunnel down which she gazed. The light of the candles, little as it was, didn’t reach there.

The life Elliana craved lay beyond this final task. Power. Respect. Wealth. The empire granted all of it to their prized summoners, those able to call upon the gods for aid.

“Dagohn, heed this child of flesh and blood.” Her hands swirled through the musty air weaving graceful patterns of swoops and twists that she’d memorized long ago. “Come and judge me worthy of you and your brethren.”

The cave echoed her voice back to her, the only sound other than the steady drip of water. Elliana’s body nearly shook as she held her fingertips steepled together in front of her. Measured breaths drew thin. Years of trials and training led to this: one fateful moment of death or triumph.

Only the skulls stared back. Their silent whispers taunted her.

Death to the weak.

She stiffened, bowing her chest out and forcing her body still. Elliana was meant for a better life than the slums of Whitewall. For years before her magic bloomed with maturity, she worked her hands raw and body into exhaustion—every blister a step up the ladder to prosperity. With magic came the respect she craved, but can someone dying of thirst ever have too much water? Even before the high summoner tested her, Elliana knew she’d be named an initiate. She had to for the life she wanted. The risk of failure—of death—was worth it.

A voice tickled her ears, real this time, but speaking a tongue more foreign than any she knew. Pure white light illuminated within the tunnel.

Her throat seized. Her heart leaped.

The light grew, it’s brilliance more blinding than the sun. She squinted against the gleam, unwilling to look away. In the space of a breath, it wrapped around her, blocking out the darkness and the dead.

Tears streamed down her face as a figure took shape within the glow.

Pale white as new snow, his basic form was human. Thin strands of pale gold twisted around his legs and arm like vines around a tree. And though the high summoner called him male, this being had no gender. Unnerving, solid black eyes stared down from a face both masculine and feminine in form. White hair brushed the being’s shoulders. Three sets of pure, white wings snapped and fluttered at Dagohn’s back, buffeting Elliana with wind and stirring her hair—so drab and dull compared to the god before her.

“Child of blood and flesh.” The voice that was not a voice resonated in her heart and mind, shaking her to the core as tears continued to run down her face.

The glory of the moment overwhelmed her, just as the high summoner warned. And he said something else…

Words. Yes, she must say the words.

“I seek your blessing and ask your grace to summon you and your brethren.” So simple, but nearly impossible under the undimmed grace of Dagohn. Elliana trembled as he floated near, his feet never touching the ground.

Spindly fingers reached out to touch her cheek.

Terror crushed the air from her chest.

A heartbeat later, the vision was gone, and her breath returned. Dagohn no longer touched her face.

A trick of her imagination? An image wrought by fear?

All thought vanished as Dagohn spoke in the voice that produced no sound. “You desire. You crave. You lust.”

The request initiates spoke was always the same. His question was always new.

Dagohn’s head tilted to the side, the human gesture so wrong and unnatural on this creature.

She said the only thing that reached her tongue. “Yes.”

White light blazed, blinding her. On instinct, she raised her arms to shield her face, her body hunching in on itself. Heat raced under her skin, burning her up from within. This was it. The end.

Pain vanished, leaving a tingly warmth in its wake. A soft glow lit the room when she opened her eyes. Not from Dagohn, who’d disappeared, or the snuffed-out candle wicks. Light leaked out from her skin. The glow faded, pulled inward to a mark on the back of her hand.

Elliana gaped. The summoner’s mark, mark of Dagohn: a white wing flecked with gold, so pale it almost resembled a scar if not for its perfect shape.

The cave echoed her words back to her as the glow faded from her hand, plunging her into darkness. But this wasn’t the darkness of eternal rest. In moments she’d stumble from the cave a summoner. Honored, revered, praised. Her time in the shadows was at an end.

The cat’s name in @authormelodycar’s Unhinged Witch is Ginger! https://t.co/7iELggMmbu
View on Twitter
0
1

We've come to the end of the week & we have some exciting reminders. Sign up for the PWP newsletter and you'll be one of the first to see the cover for Unhinged Witch! 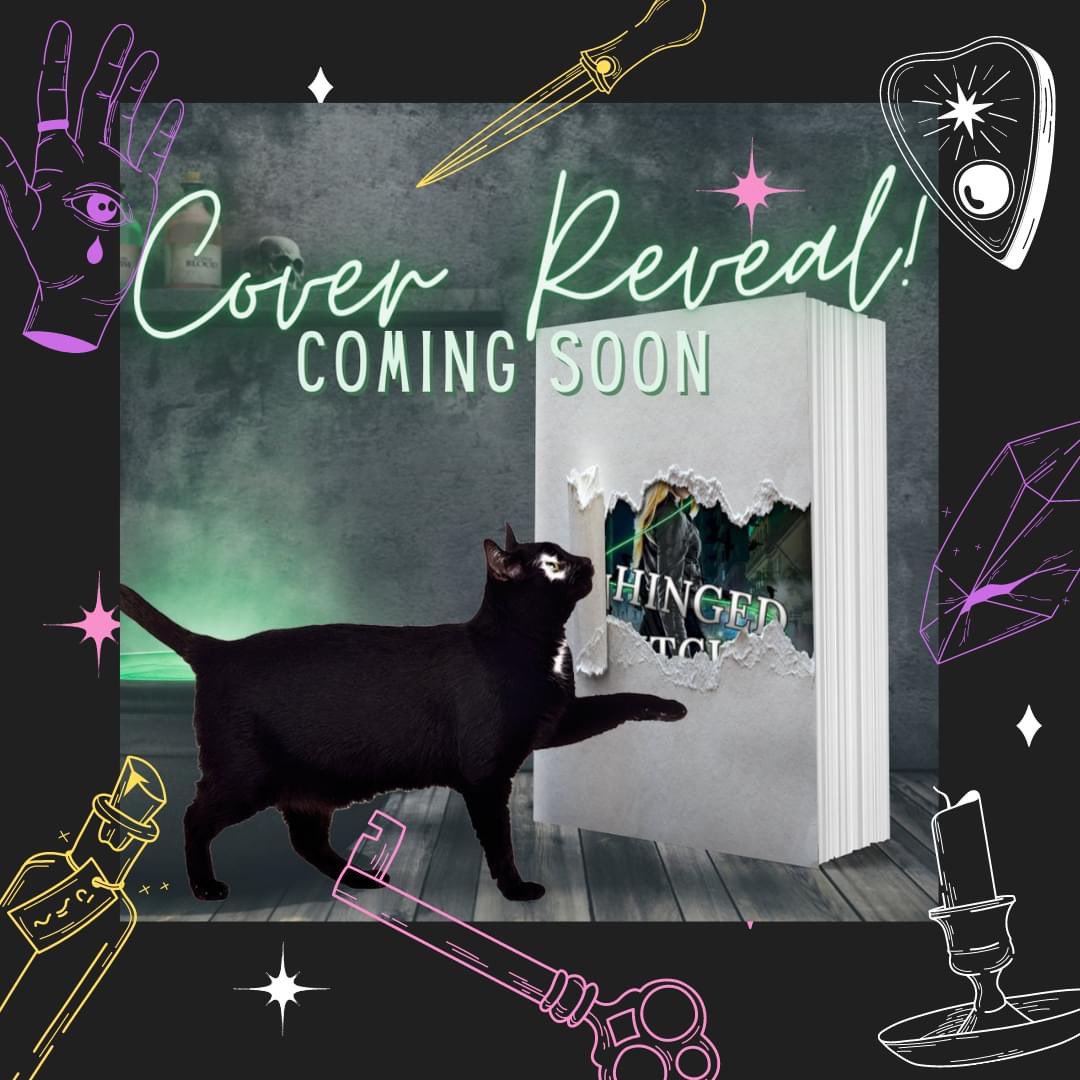 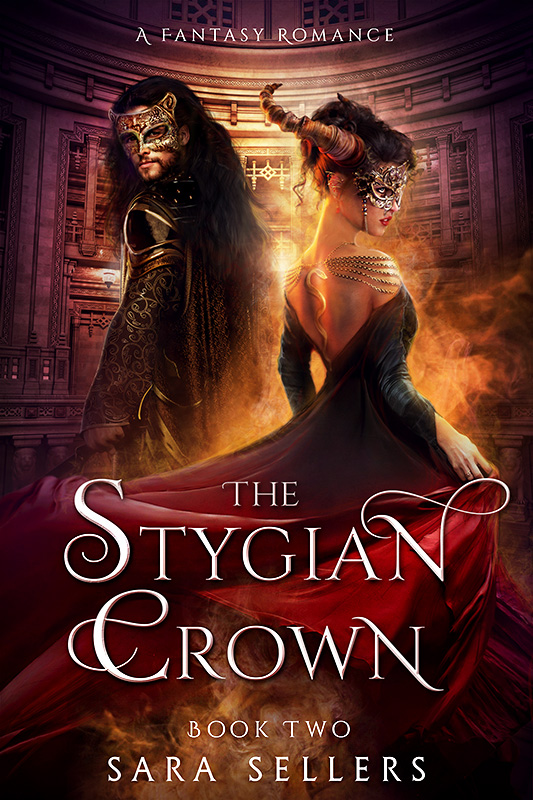 Sara Sellers @SellersSara
Cover Reveal for THE STYGIAN CROWN, the second book in my adult fantasy romance series.
(Yes, there will be a masquerade, complete with mistaken identities and angst!)

Cover by the lovely @Ravven